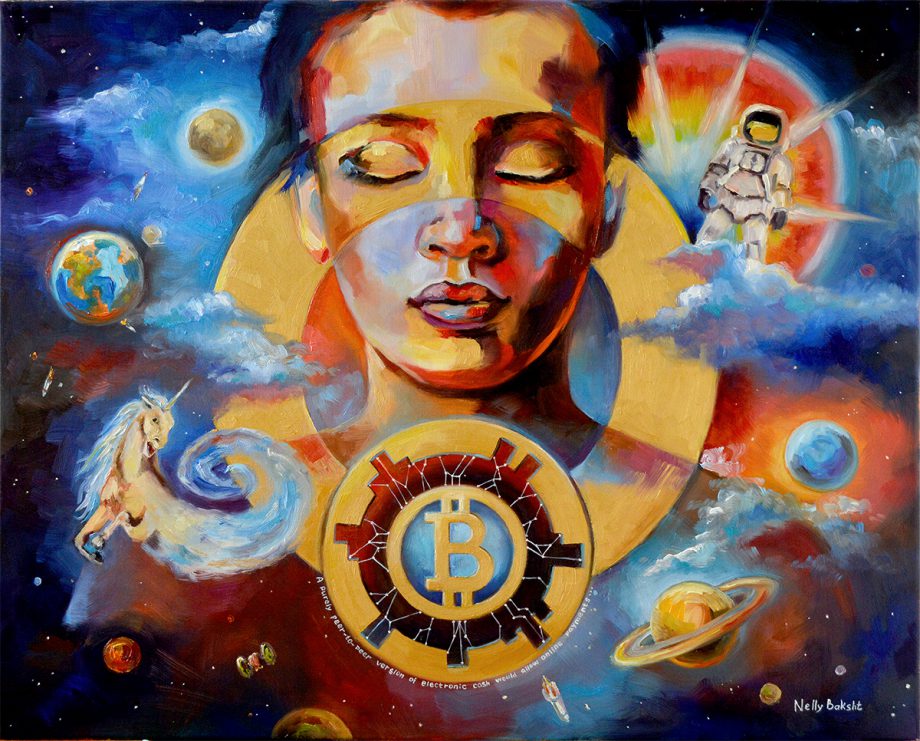 In 2009 a new mysterious entity was created by an even more mysterious owner. Nobody knew if it would work. Only a select few at the time thought that the internet would be capable of generating its won money. Bitcoin was born. This artwork tells the mysterious story of its origin.

This artwork has been at the following events:

Auctioned off at Malta summit

Last but not least was a piece from celebrated artist Nelly Baksht, who also featured in the last auction held for the Malta AIBC Awards. Her piece, entitled Absolute Start is oil on canvas and tells the story of Bitcoin’s origin. The artwork comes with Certificate of Authenticity verified on Bitcoin blockchain. In total the auction raised €26,000 for charitable activities, beating last year’s sum by a considerable amount.

The Futurist Conference is the largest and most high profile blockchain event in Canada. It brings together over 2300 attendees from around the globe to discuss the future of technology including blockchain, artificial intelligence, and other emerging tech that will disrupt our future.